Land of No Junction 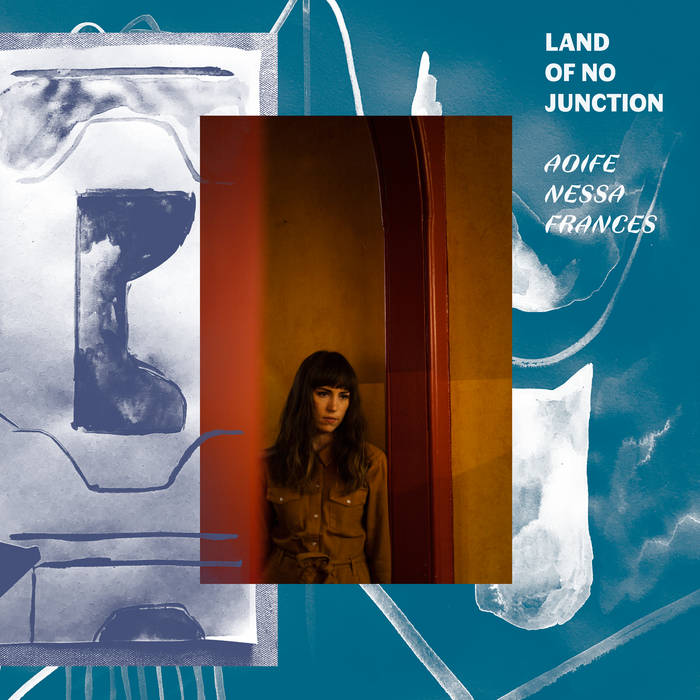 
On the eponymously titled final song of her debut album Land of No Junction, Irish songwriter Aoife Nessa Frances sings “Take me to the land of no junction/Before it fades away/Where the roads can never cross/But go their own way.” This search, indeed the heart of the album, recalls journeys towards an ever shifting centre - a centre that cannot hold - with maps that are constantly being rewritten.

She writes: The album title is a result of a mishearing. Cian Nugent [Aoife’s musical collaborator and co-producer] was telling me about childhood trips he made to Llandudno in Wales, passing through a station called Llandudno Junction… Land of No Junction later became a place in itself. A liminal space - a dark vast landscape to visit in dreams… A place of waiting where I could sit with uncertainty and accept it. Rejecting the distinct and welcoming the uncertain and the unknown.

The album is shot through with this sense of mystery - an ambiguity and disorientation that illuminates songs with smokey luminescence. Yet, through the haze, everything comes down to what, where and who you are. With Land of No Junction, she has built a universe full of intimacy and depth, with lyrics written through a process of free thought writing. It lends the record fluidity, each song in dialogue with the next not only through language, but the way each musical choice complements or threads into another. I would write without putting pressure on taking the song in any particular direction. It all carried itself naturally and instinctively with melody coming first and then structure later. Written over several years, the songs traverse and inhabit this indeterminate landscape: the beginnings of love, moments of loss, discovery, fragility and strength, all intermingle and interact. Some songs—like lead single “Blow Up”— date back to university days, where Aoife studied film. Borrowing its title from the 1966 Antonioni picture of the same name, it indirectly provided the catalyst for Aoife’s broader considerations about being a woman and self-determination - Blow Up and Less is More were written before the abortion referendum was passed in Ireland in 2018 – during time when women were forced to travel abroad during crisis pregnancies. They are both songs about being a woman and finding strength in a forever changing world.

Aoife now currently lives in North Dublin, but spent most of her childhood along the city’s southern coastline with the Irish Sea: she still swims there regularly, and her connection to the ocean is palpable in her songwriting. Born into a large and creative family – her mother is an actor, her father a fiddle-maker – she was encouraged by both her parents to play music from a young age. She took up the guitar at 11, eventually taking flamenco guitar lessons until she suffered a hand injury: It broke my heart not being able to play that kind of music but the injury also made me rethink how I could play and shaped my style today – mostly strumming and fingerpicking.

Regardless of provenance, Aoife and her band, intermittently recording at the Oxford Lane Music Society studio in Ranelagh, Dublin over the course of a year and a half, realised a remarkably coherent sonic world: buoyant and aqueous, with dark undercurrents. She sings and plays guitar, sensitively supported by Cian Nugent on bass and lead guitar, Brendan Jenkinson (who also engineered and mixed) on keys, Brendan Doherty on drums and percussion, and Ailbhe Nic Oireachtaigh, whose strings weave through the songs like silver thread. It sounds unhurried, masterful, and soothingly whole. We did a lot of experimenting and recorded some of the songs a few times in different ways. I think because Brendan was a good friend we had the freedom to keep coming back and try new things. When you have that kind of space and time really wonderful things can happen. Navigated by the richness of Aoife’s voice, along with the layers gently built through her collaborators’ instruments, gives a feeling of filling up space into every corner and crack. The crossroads as a place where someone can be stuck, static in the face of the future, becomes instead an amorphous realm, where the remnants of the past and what is unknown meld together and come to an understanding.

“My old life was hard to shake,” Aoife sings at the beginning of “Blow Up.” Over the course of Land Of No Junction, nostalgia and newness ebb and flow. Sounds simmer up in the background of the songs, and are washed over by changes both summoned and not. It shows us a reckoning to be found in flux, and an ongoing acceptance of the inexplicable.

• Has toured with Brigid Mae Power