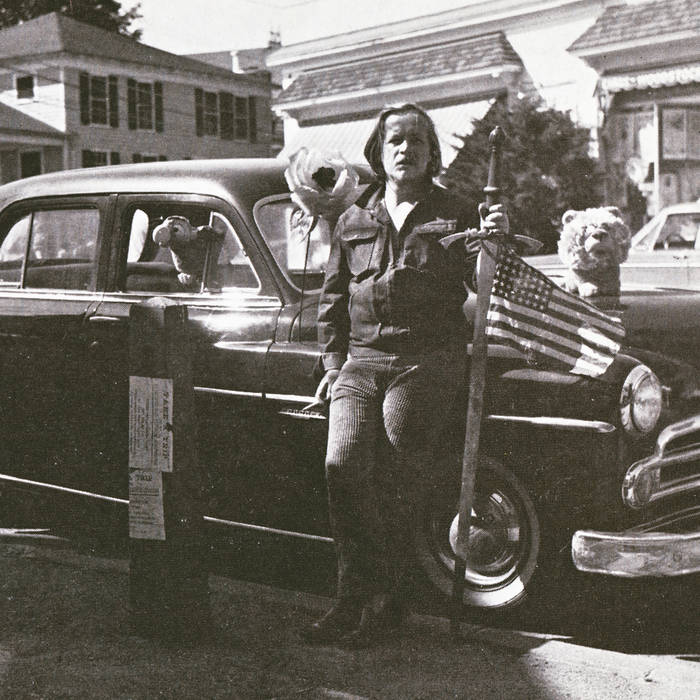 Erez Schatz Missing the actual 1965 album making this the most incomplete "complete recording" ever made.

Tamás Prileszky Tragic and beautiful, there is so much to feel in this collection.

Buy the LP/CD, or book: www.badabingrecords.com/store/jackson-c-frank-the-complete-recordings-cdlpbook

NOTE: Digital version does not include original 1965 "Jackson C. Frank" LP tracks. They only appear on the physical versions.

While Jackson C. Frank’s eponymous 1965 album and other material has enjoyed numerous official and unofficial reissues, Jackson C Frank: The Complete Recordings is the first to compile his entire recording career. Released in conjunction with Jim Abbott’s book, Jackson C. Frank: The Clear Hard Light of Genius, The Complete Recordings contains a total of 67 tracks, 24 of which have never appeared before. Every song has been mastered or remastered, a number of them straight from the original, brittle reel-to-reels on which they were originally laid down.

Plagued by tragedy with the most haunting music to show for it, Frank’s life can be heard through his music, which has been covered by the likes of Nick Drake, Simon & Garfunkel, Fairport Convention, Bert Jansch, John Renbourn, Robin Pecknold of Fleet Foxes, Colin Meloy of The Decemberists, John Mayer, South Korean jazz singer Nah Youn Sun, French singer Graeme Allwright, and sampled by Nas for “Undying Love.” While never fully recognized as one of the great musicians of the ’60s, Frank clearly had his fans.

The artist’s story is a cautionary tale for the dangerous pitfalls of a life lived. At the age of eleven, he was the victim of the infamous Cleveland Hill School Fire in a New York suburb, leaving him burned and disabled, and killing fifteen of his classmates. He spent an agonizing eight months in the hospital, during which time he picked up a guitar for the first time. Scarred both physically and psychologically, and left a shell of his former self, Frank would never fully recover from the wounds. His never-released second album was to include the song “Marlene,” which honors his childhood girlfriend lost in the fire.

After an aborted attempt at college, where he formed a folk trio, Frank, along with a Martin guitar and his then-girlfriend Kathy Henry, caught The Queen Elizabeth in February 1965, on which he apocryphally wrote his first, and now his most famous, song “Blues Run the Game.” He soon found himself making the rounds of the London folk clubs and rubbed shoulders with Jansch, Renbourn, Roy Harper, Dave Van Ronk, Tom Paxton, Mike Seeger and Sandy Denny (who became Jackson’s girlfriend and later wrote the somber song “Next Time Around” about him).

Frank’s music caught the interest of another young American songwriter in London named Paul Simon, who offered to record and produce his album Jackson C. Frank in 1965. Simon brought Al Stewart along to play guitar, while Denny, Judith Piepe and Art Garfunkel kept them company (and supposedly even ran out for teas for the performer).

After recording his album, however, Frank’s health took a turn for the worse and the following years were unkind. He met future wife Elaine Sedgwick, cousin of Edie Sedgwick, at a London party, and when his money began to run out he left London for Woodstock, where they married. The relationship was marked by a miscarriage and the death of their first-born son to cystic fibrosis, and Frank’s subsequent mental unraveling. He was later diagnosed as a paranoid schizophrenic and battled excessive weight gain from a thyroid problem developed after the fire. Additionally, he went through bouts of intermittent homelessness between stays at various upstate shelters. One day, while Jackson waited in a park to be moved to a new facility, he was shot and blinded in his left eye by neighborhood children with a BB gun. The light from this period of his life came from Jim Abbott, who looked after Frank until his death in 1999.

Frank’s recordings span four decades of a hard-lived life, and every experience, every trial, is reflected in his voice. If ever a person’s individual journey could be traced through his music, it’s Frank’s, and The Complete Recordings is nothing less than a representative map of the artist’s high points and deepest, most shadowed valleys. While the 1965 debut album has seen intermittent reissues, an expanded double-CD edition appeared in 2003 from Sanctuary, with 33 songs that had never appeared before. Jackson C Frank: The Complete Recordings contains a total of 67 tracks, including all the Sanctuary material, plus 24 more songs.