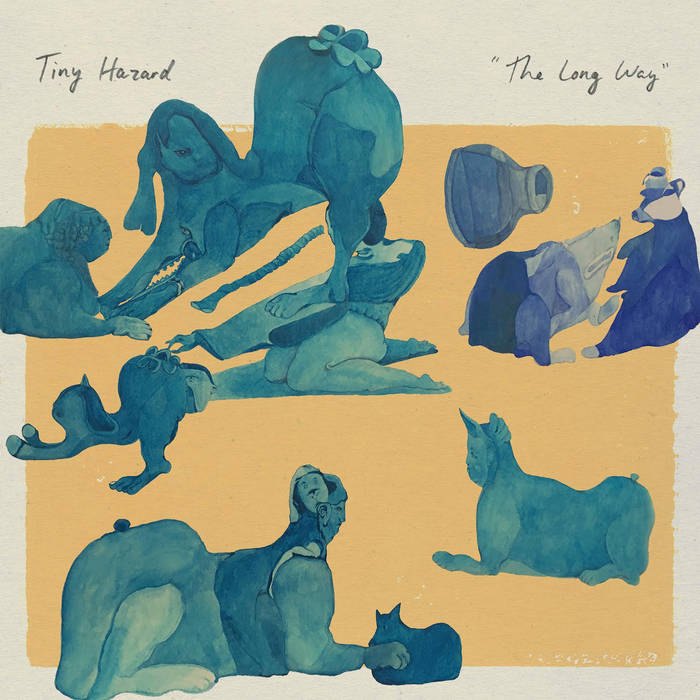 Tiny Hazard return with The Long Way, the first release since their 2017 debut LP, Greyland. That album, assembled over an extended period during which they refined their maximalist pop, was an ambitious, nuanced affair that critics described as “a gift that keeps on giving,” lauding the band for having “pulled off the feat of bottling chaos.”

For The Long Way, Tiny Hazard reaches a clearing. After completing a tour, the band retreated to a barn in Vermont's Green Mountains for a week of recording. There they found the ideal setting in which to capture singer/composer Alena Spanger’s songs, which had sprung from a renewed focus on subtlety and space.

The vocals on “Don’t Worry” were recorded as a spontaneous stream-of-consciousness at 3am during what Spanger describes as an “insomnia experiment.” Her tracks weren’t meant to be final, but the band opted to keep them; the dreamy, lethargic quality evokes the disoriented daze of the song's ambivalent reassurances. This open-minded spirit was also key to the writing process: though untrained on guitar, Spanger followed her intuition, writing “I’m Not Scared” with the instrument. Back in New York, that spontaneity gave way to a meticulous attention to detail; guitarist Ryan Weiner mixed the EP, carefully sculpting the sounds and finding an alchemy between their earthy origins and ethereal intimations.

Employing a change of pace and a pastoral setting, The Long Way presents new modes of creative invention for Tiny Hazard. The result is a quietly enveloping record that marks a vivid reinvention of their sound.