This Is Not A Dream 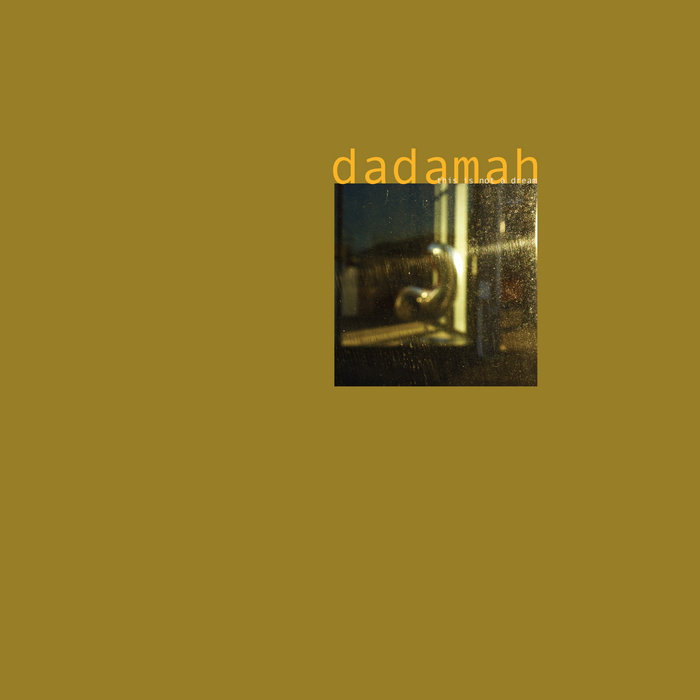 "The idea of of a band being unlike any other is by now a concept so shopworn it's almost meaningless, but in Dadamah's case it was really kind of true."
- James Lien, CMJ New Music Report, Nov. 14, 1994
Released by Grapefruit Records
This Is Not a Dream is a double album collection of every song released by the legendary Dunedin, New Zealand quartet Dadamah, including the This is Not a Dream LP, and their three 7” singles and one unique compilation track. Grapefruit’s release is a thirteen song collection with the full album on one LP and all the 7” and compilation tracks on the other. Inspired by the Kranky label’s CD compilation of Dadamah’s existing catalog in 1994, this vinyl version includes two additional songs from a posthumously released 7” and it’s been sequenced and designed by the band. Before Dadamah, Peter Stapleton played in The Terminals, Vacuum and The Victor Dimisich Band as well as The Pin Group with guitarist Roy Montgomery. Singer Kim Pieters and organ/synth player Janine Stagg had never been in a band before Dadamah.
Dadamah only played live three times, devoting their efforts to four-track recording. Nevertheless, word managed to get out about the band and they were asked to contribute to the 1991 Drag City single “I Hear the Devil Calling Me” which featured twelve songs hovering around one minute each by a who’s who of the then current New Zealand underground music scene. They released their only album in 1992. Jay Hinman (currently of Dynamite Hemorrhage) noted Dadamah's solitary place in the NZ underground in his Superdope fanzine:
"Dead C. might blare and scrape, the Terminals might twist and wind, but Dadamah positively shimmer with beautifully earthy lo-fi Velvets/Ubu sound."
Limited edition singles on the Seattle-based Majora label followed the LP, earning Dadamah praise as "one of the most overwhelmingly great exponents of layer-shifting drone-on master-rock" in the Forced Exposure catalog. Roy Montgomery's soaring droning guitars were offset by Janine Stagg's stabbing organ and gurgling moog synths, and Kim Pieter's vocals ebbed and flowed, somehow evoking Patti Smith, Ian Curtis, and David Thomas simultaneously.
"Synth woosh, organ-wheez, possessed femme voice over, cavernous man-voice under, guitar and drums punch through... into where? Your dreams friend, if you let 'em."
- Bill Meyer, Pop Watch
After Dadamah, Roy Montgomery went on to form Dissolve and Hash Jar Tempo as well as maintaining his eclectic solo career which continues to feature intense collaborations like those found in Dadamah (find other Roy Montgomery titles on Grapefruit). Peter Stapleton and Kim Pieters formed Flies Inside the Sun and Peter continued his work with The Terminals and his independent label Metonymic which released tons of experimental and underground New Zealand music through 2009.