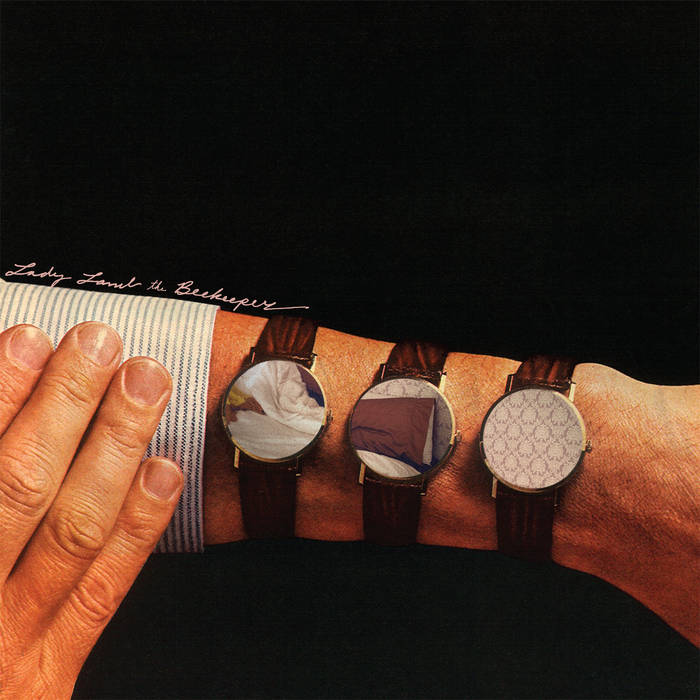 thewmking So much raw emotion! And so impressive that she recorded almost every instrument on the album! Favorite track: Bird Balloons.

BenPujara This album fucking rocks. Every track is 1000' feet deep and haunting as a graveyard at the bottom of the ocean. Favorite track: Hair to the Ferris Wheel.

Get it on CD/LP: www.badabingrecords.com/store/lady-lamb-the-beekeeper-ripely-pine-cdlp

More than anything, Aly Spaltro has 20,000 second-hand DVDs to thank for her first album. Despite being recorded at a proper studio in her recently adopted home of Brooklyn, Ripely Pine showcases songs conceived during her tenure at Bart’s & Greg’s DVD Explosion in Brunswick, Maine. Little did customers know, the same store they’d drop off their Transformers movies was providing the ideal four-year cocoon for the development of a major musical talent.

Spaltro worked the 3:00 PM to 11:00 PM shift. Each night, after locking up, she’d walk past Drama and Horror, pull out her music gear from behind a wall of movies, and write and record songs until morning broke. She did this every day, drawing strength from the monotony of her routine and testing out multiple techniques, approaches and instrumentation. Anger, confusion, love, happiness and sadness reigned, and the songs ran rampant, with little form or structure. Isolated for those many hours, Spaltro let melodies morph together, break apart and pair up. This is how she taught herself to write music and sing.

Taking the name Lady Lamb, Spaltro became one of the most beloved musicians in Portland. Her live shows were unhinged, as melodies followed an internal logic only apparent to Spaltro herself. She sang and played guitar, and the songs offered a vivid yet brief snapshot of her expansive world.

At 23, with years of writing and performing music already under her belt, she ventured to the next milestone—recording an album. This would be the first time she did so in a professional studio and the first time she shared the process with anyone else. Luckily, she met Nadim Issa at Let ’Em Music in Brooklyn. He was taken enough by her abilities to dedicate nine full months toward the recording of Ripely Pine, and she with his producing abilities to ease comfortably into making him a part of her recording process. She wrote everything—all the songs, all the arrangements. And the two of them assembled an album that finally fit what existed in Spaltro’s mind. Keeping the songs’ stark rawness, the record is a pure representation of her sound.

Ripely Pine shouts the introduction of a new talent from every groove. These recordings come as close as possible to conveying the intense majesty of her live shows, and, much like those performances, a narrative breathes through the record’s progression. The album opens with urgency and anger, settles into reconciliation and reciprocation, and ultimately reaches toward resolution, realizing infatuation leads to a loss of self; instead, embracing one’s own strengths is the most powerful thing of all.